Fire Alarm System as You need to Know

The fire alarm system is one of the most important MEP systems in any building.

If this system is not available in your project, so you cannot hand over this system to the civil defense.

The function of the fire alarm systems in projects can be summarized as follows:

So we will know each one of these 3 functions

1- Monitor:
The main function of the fire alarm systems to monitor all areas & spaces in the project, this is to send an early announcement in case of any fire exists.

The announcement will generate from detectors that are distributed in the different spaces in the project.

The distribution of the detectors and their types will depend on the type of the space, the height of the false ceiling “if exists”.

The distance between the detectors will depend on the area of the space, and the coverage diameter of the detector.

The detector can be classified into the following types:

Each one of these detectors has its own type of application, for example, I can’t use the smoke detector in the kitchen or in a generator room, or in any place that contains a lot of dust or fumes.

Also, I can’t use a heat or smoke detector in a paper factory, because it means when the detector senses smoke or heat, it means there’s a fire spread in the paper factory which is a disaster.

From the previous phrase, we can conclude that we will use another detector which is the flame detector.

The purpose of the flame detector it observes/senses the fire once it starts, not after its spreading.

The same we will use a flame detector inside the generator room to give an immediate alarm at the beginning of a chance of any fire.

You need to know that, each detector has a coverage area, this area which the detector can cover to sense heat or fire in that area.

The radius of the coverage area depends on the type of the sensor, for the smoke detector its coverage area is almost 7.5m, but we consider it 5m to assure existing overlap between the two adjacent detectors.

While for the heat detector, its coverage area is almost 5.3m, but we take it almost 4.5m, for the same purpose to achieve an overlap.

Also, we can use the fire alarm system to monitor any MEP equipment in the project, and this is can be done by using an item called a monitor module (as shown in the next photo).

The monitor module commonly we can see it installed on the firefighting Zone Control Valves, as in the Fire Fighting Zone Control Valve we will have 2 switches will be installed, the first switch is called the tamper switch, and the other switch is called the flow switch. Both of these switches will be connected to a monitor module.

You can watch the next video to know the practical installation of both the switches and also the zone control valve and its connection with the fire alarm monitor modules.

The main purpose of these modules on the switches of ZCV is to know whether there’s a flow in the FF pipeline or not and if somebody closed the line or not.

Now we will talk about how the alarm will be generated in the Fire Alarm Control Panel.

The Alarm will be generated either automatically from one of the detectors, or manually through a manual call point. So, when the fire alarm control panel senses an alarm, a notification message will appear on its screen, and at the same time, an alarm signal will appear on the workstation used for the graphics of the fire alarm system.

Moreover, in the presence of an alarm, a notification signal will be sent to the notification devices of the fire alarm system, like audible devices (Ex: Sirens, Horns) or to visible devices like Flasher, or to both of them if they are available together.

Also, if you have a public address system, so we will connect the fire alarm with the public system to generate an alarm message for voice evacuation in case of fire.

Get Your Free MEP Course Today

In  a  conventional fire-alarm system, several call points and detectors are wired together and signal wires go back to the control unit.

There are call points, and detectors, that are grouped. This grouping is called zones. These make it easier for the fire brigade and building management to determine what is causing the alarm.

A fire alarm control panel will indicate the appropriate zone by displaying an indicator lamp, text display, or both.

The more zones we divide a building into, the more accurate it will be to locate the alarm trigger.

The detection system of an Addressable System is the same as a Conventional System, with one crucial difference: each detector is given an address and will set off an alarm that we can trace back to its point of origin.

The detection circuit of the FA system is wired as a loop. Many devices can be hooked up to the same loop, and each device can have 99 more.

To avoid a power outage of the system, we will connect the loop to an isolation module, so the system will be divided into sections, so when a short circuit or a single fault exists, it will only cause the loss of part of the system.

Please be noted that, in both types of the FA system, Conventional and Addressable, we can’t consider their detectors to be intelligent.

In this type of FA system, each detector has its own embedded computer, which tells the Control Panel if there is a fire, or if the detector head needs cleaning.

Basically, intelligent systems are more complicated than other types of systems. They help stop false alarms.

By the way, an intelligent FA system has the ability to monitor large areas and spaces, as it has multiple versions of its panels that can have a number of loops up to eight loops.

Get Your Free MEP Course Today

Now, we reach the final type of FA system, which is the wireless system.

It’s very beneficial in the areas where we can’t install containment to pull FA cables, for example, the ancient places where we can’t chip or modify the finishing of the walls and ceilings.

The concept of its operation is the signal between the panel and its devices will be communicated through a radio communication network.

All my other posts can be found on this link: http://engalaxy.com/blog/

Join Our Professional Email List to be notified of the New Courses, Free Downloads, Articles…..and much more 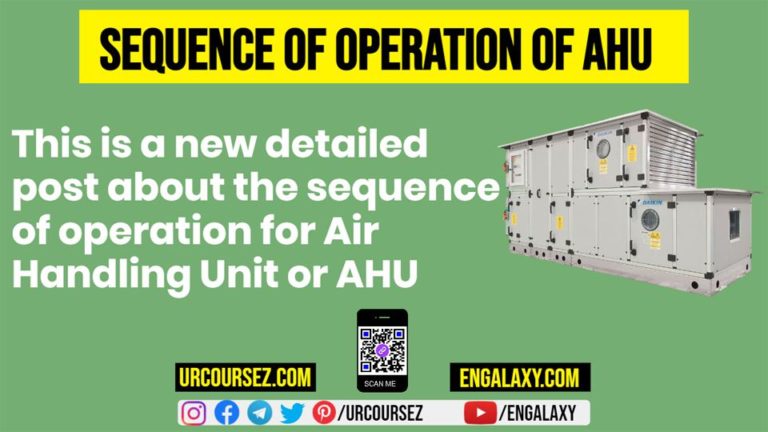 Electrical Panels is mandatory to be found in all kind of projects. This is to feed all the electrical loads with the required power. In… 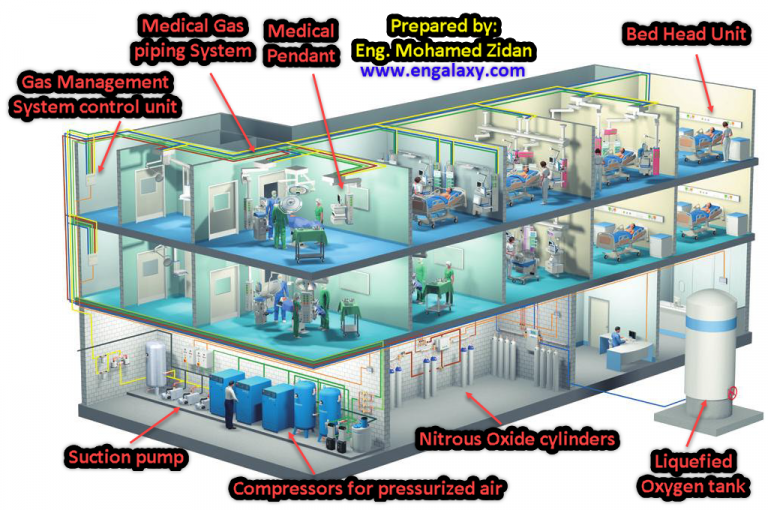 In this article, you will know many awesome things about the medical gas systems and their usages in the medical projects. Firstly, we need to…

How to do an insulation test for cables? First of all, You need to know why do we need to do this test? And when…

What is an Air handling Unit? The Air Handling unit or AHU is a mechanical device that uses fans and heaters for Heating and cooling. …

Are you working in the electrical contracting field? Are you designing electrical systems? Are you interested in learning about the different electrical installations On-Site? Are…

Typically replies within an hour

I will be back soon

Hey there 👋
How can we help you?
Start Chat with: